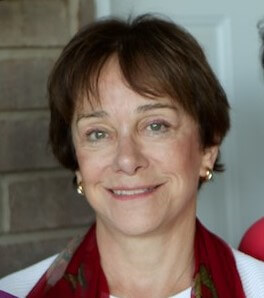 Following her Bachelor Degree (McGill University, Montreal) and a Masters Degree (Concordia University, Montreal) in experimental psychology, France Bellisle worked at the College de France in Paris in the laboratory of Jacques Le Magnen. She obtained Doctorate Degrees from the University of Paris. From 1982 until 2010, in the context of French National Research Institutes (CNRS, INRA), she developed original research in the field of human ingestive behaviours. Her research interests cover all types of determinants of food and fluid intake in human consumers, including psychological, sensory and metabolic factors as well as environmental influences. She has published over 250 articles in peer reviewed journals and contributed chapters to several books. She is now an independent consultant for scientific projects in the field of human appetite. 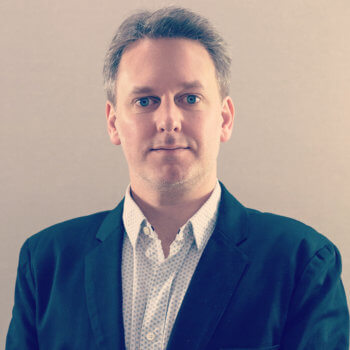 Dr Brian Cavagnari has a degree in Biological Sciences, graduated from the School of Exact and Natural Sciences of the University of Buenos Aires (UBA).

He joins the Institute of Chemistry and Biological Physicochemistry where, as a fellow of the National Council of Scientific and Technical Research, he carries out his PhD in 2001. For 7 years he carries out research in molecular biology and protein chemistry, he is teacher of Biological Chemistry and in several postgraduate courses in the School of Pharmacy and Biochemistry, UBA.

He obtained his medical degree from the University of Buenos Aires and completed his specialization in Pediatrics, developing his healthcare activity in several prestigious public and private hospitals in the city of Buenos Aires. He obtained his master’s degree in Nutrition and Clinical Metabolism from San Jorge University (Spain) with his thesis “Non-Caloric Sweeteners: metabolism and evaluation of their safety” and his master’s degree in Food Technology from Parma University (Italy) with his thesis “Non-Caloric Sweeteners in the light of evidence-based medicine”.

For several years he has studied the safety and the health effects of Non-Caloric Sweeteners, in the light of Evidence-Based Medicine. 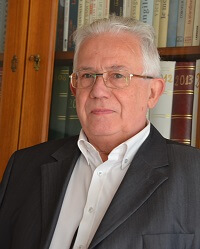 Marc Fantino is a Medical Doctor (MD) and Doctor of Sciences. Appointed as full professor at the Medical School of the University of Burgundy (1982), he was head of the Department of Human Physiology and Nutrition from 1987 to 2013 and also head of a medical department at University- Hospital of Dijon-France. At the same time, he was Director of the Doctoral School of Life Sciences of the University of Burgundy (1993 to 2001), expert at the French National Agency for Food Safety (1996-2006) and also Chairman of the National Nutrition and Health Program logo award committee (2004-2011).

Being now retired from the University of Burgundy since 2013, as an honorary Professor he co-founded, and managed from 2013 to 2018, a clinical research organization, CREABio Rhône-Alpes®, where applied research were implemented in the fields of the sensorial and metabolic processes which control feeding behaviours and body weight regulation in humans.

Alison Gallagher is Professor of Public Health Nutrition at Ulster University, where she contributes to the research conducted within the Nutrition Innovation Centre for Food and Health (NICHE). Her research interests resonate within the area of obesity and include low energy/non-nutritive sweeteners and their potential impact on health, development of risk factors for disease and lifestyle interventions at key stages across the lifecycle particularly to enhance physical activity and health.

A Registered Nutritionist (Public Health) and Fellow of the Association for Nutrition (FAfN) on the island of Ireland. She is an active member of the Nutrition Society and is currently Editor-in-Chief of the Proceedings of the Nutrition Society. In addition to being an expert member on the Scientific Advisory Panel on Sweeteners supported by the ISA, she is also a member/Vice-chair of Northern Ireland Chest Heart Stroke Scientific (NICHS) Research Committee, member/Chair of the Editorial Advisory Board of the Nutrition Bulletin and a member of the UK Nutrition and Health Claims Committee (https://www.gov.uk/government/groups/uk-nutrition-and-health-claims-committee). She is a passionate advocate for the European Nutrition Leadership Platform (ENLP), having participated in the ENLP seminar in 1997 and being involved with this international leadership programme ever since, now as Chair/ President of the ENLP Board (www.enlp.eu.com).

Dr. La Vecchia serves as an editor for numerous clinical and epidemiologic journals. He is among the most renowned and productive epidemiologists in the field with over 2260 peer-reviewed papers in the literature and is among the most highly cited medical researchers in the world, according to ISI HighlyCited.com, the developer and publisher of the Science Citation Index (2003, 2017-2020, H index 182, H10 index 1800).  Dr. La Vecchia was an Adjunct Associate Professor of Epidemiology, Harvard School of Public Health, Boston, Ma (1996-2001) and .Adjunct Professor of Medicine at Vanderbilt Medical Centre and the Vanderbilt-Ingram Cancer Centre (2002-18). 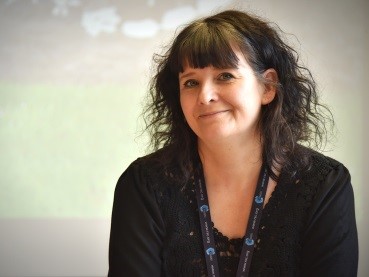 Wendy Russell is a chemist specialised in molecular nutrition researching the complex interplay between diet and health. Her research aims to establish the effect of our diet on several population groups and through dietary interventions, to understand the role of food in preventing disorders such as cardiovascular disease, type 2 diabetes and cancer. Wendy has funding from the Scottish Government to investigate the potential of novel crops, particularly in protein provision for the future and the exploitation of underutilised plant species to improve nutrition and agrobiodiversity. As well as researching new opportunities for the UK Food and Drink industry, Global Challenges funding is allowing translation of this work to benefit smallscale rural farmers and co-operatives in sub-Saharan Africa. Wendy is an associate editor for Microbiome and chairs International Life Science Institute expert groups on ‘nutritional management of postprandial glycaemia’ and ‘efficacy of intervention in those with metabolic syndrome’.

We use cookies to give you the best experience on our site. You can find out more about the cookies we use or disable them in the settings.

This website uses cookies so that we can provide you with the best user experience possible. Cookie information is stored in your browser and performs functions such as recognising you when you return to our website and helping our team to understand which sections of the website you find most interesting and useful.

This option should be enabled at all times so that we can save your preferences for cookie settings.

If you disable this cookie, we will not be able to save your preferences. This means that each time you visit this site, you will have to enable or disable cookies again.

This site uses Google Analytics to collect anonymous information such as the number of visitors to the site and the most popular pages.

Please enable Strictly Necessary Cookies first so that we can save your preferences!